You Served Our Country, Now Let Me Serve You – Free Career Coaching for Veterans

You Served Our Country, Now Let Me Serve You – Free Career Coaching for Veterans

Are you a U.S. Military Veteran who is challenged with adapting to the cultural change from serving in our military to working in private business or corporate America? What are your challenges? How has your approach to life changed during your time in the service? Is your post-military career evolving the way you had hoped?

I remember as a 10- or 11-year old asking my Dad why he did not talk about his WWII experience while we watched one of those early WWII movies that glorified the war experience and did not depict the realities of war.

My Dad’s response was, “If you saw what I saw and did what I had to do, you wouldn’t talk about it either.” It took him a while just to get that sentence out.

My father was a Marine and as the saying goes as I was growing up, “Once a Marine, always a Marine!” He was in the pacific theatre on Guadalcanal and Guam where he was injured (Purple Heart and Bronze Star). He never talked about the Bronze Star or why it was awarded to him. I did not even know about it until he died. And that was Dad.

He said to my sister-in-law once when talking about where he served in battle and on the front lines in the jungle, “There is not an atheist in war; everyone learns to pray for something.”

Are you a U.S. Military Veteran who could use a free coaching or career discussion? I have worked directly with patients in psychiatric hospitals for six years and been an HR business partner for decades. So I’ve done my share of listening and providing guidance for many years including career r personal development counsel along-side very difficult and challenging situations.

No hidden motive here and no strings attached. This was actually an idea from an old high school friend who served in the Army. I thought it was a great idea to give back to our veterans. That’s it!

Now I’ll be transparent in that I was never in the military. My Dad (Marine Corps) and two of his brothers (Army and Air Force) were in WWII. His younger brother became a Commander in the Navy after WWII. My father-in-law was in the Army in Korea. My older cousin was a Marine in Vietnam. I had a nephew in the Army in Iraq and one a Navy Seal in the Middle East (Persian Gulf and Arabian Sea to name a couple). My one Grandfather was in the Army Infantry in WWI as well as several ancestors in the Civil War, a Captain in the War of 1812, and the Revolutionary War.

Send me a note and a little bit about yourself to David@LBD-Training.com if you’re a Veteran and would find this helpful. Add in what you are trying to accomplish, work your way through or career challenges that you are facing. This way I can better help you. If you have any difficulty typing or expressing yourself in writing, then we can just discuss. We can do this over the phone or a video call like Zoom, which is a quick, easy and free download if you do not already have it. You can do this on a computer or a mobile phone. 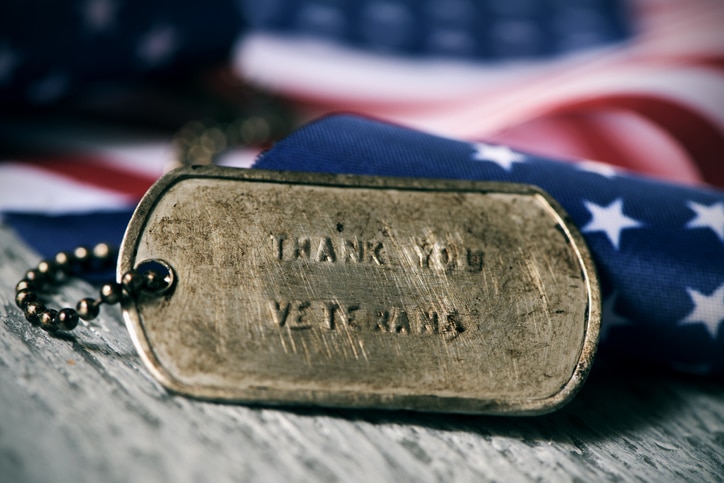 Join me on a leadership voyage. Each month you will receive periodic FREE newsletters with blog updates, workshop announcements and business tips and insights that will help you hurdle challenges and move forward successfully. Sign up today.